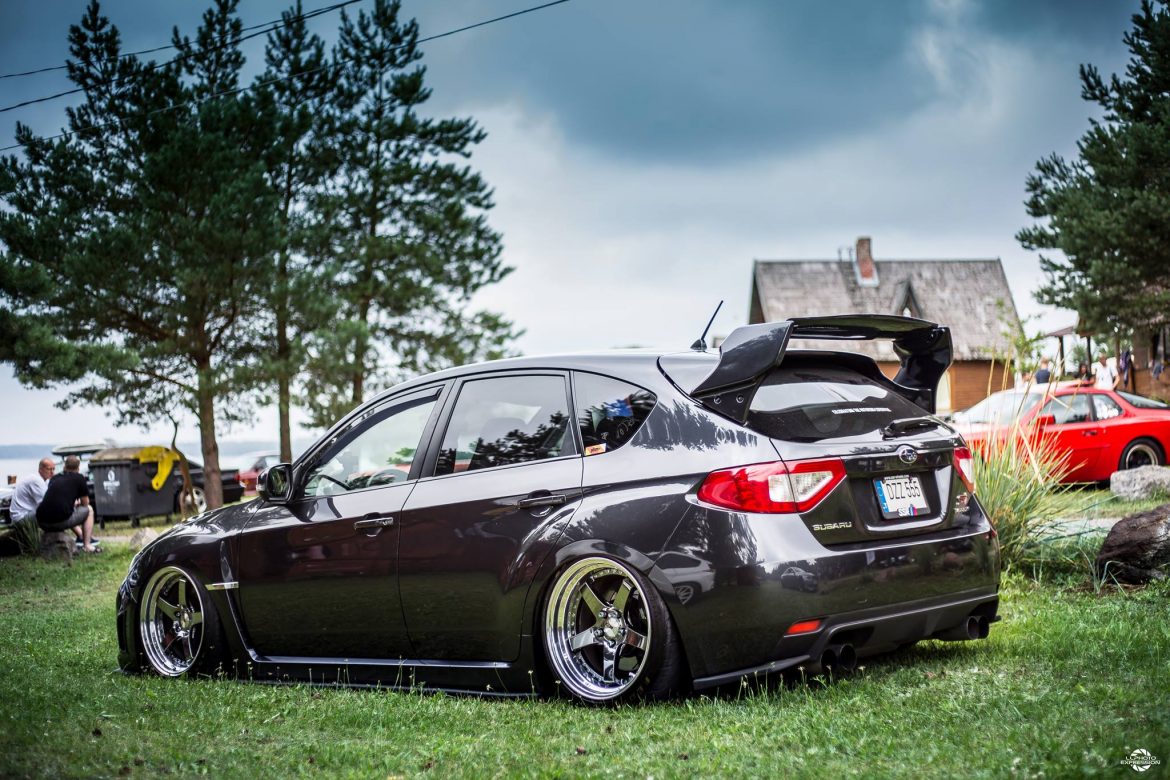 Since we had quite some fun with the last feature – let’s make another one.

This time – one of the most controversial things, you can do in the car scene – a bagged Subaru Impreza WRX STi. 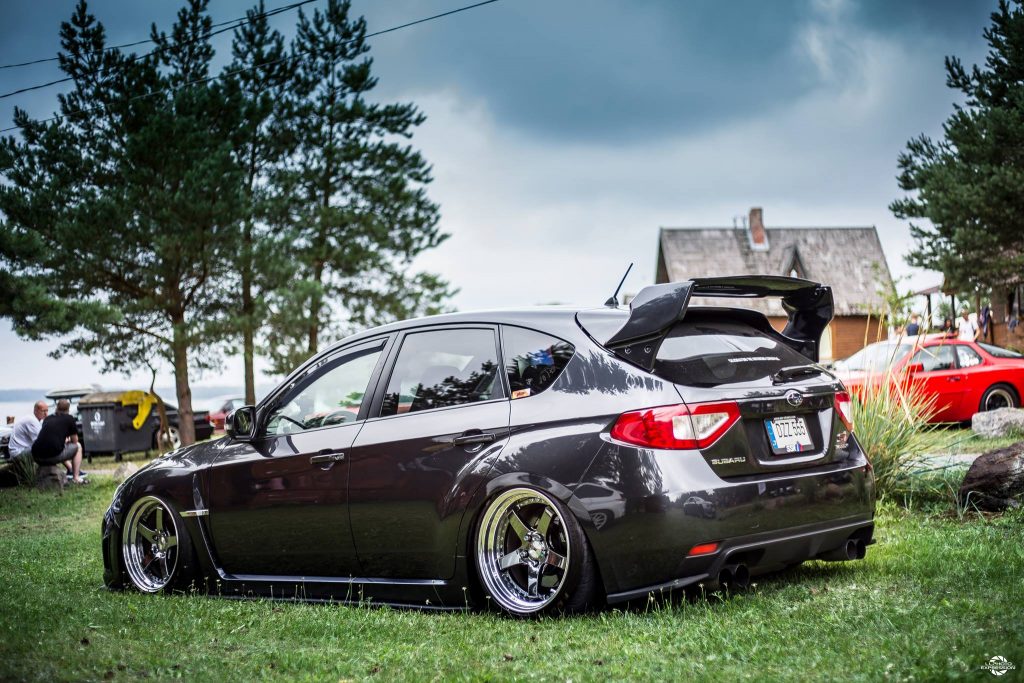 When Vilius was searching for a car, he had a simple list of requirements – stock turbo car, that has 300+ HP and AWD system. He came up with a shortlist of contenders – Evo, BMW 335xi and, of course, the Impreza STi.

After hearing and driving the STi for the first time – other contenders were quickly forgotten and the decision was made – the Subaru bug was caught in a bad way, and Vilius never looked back. 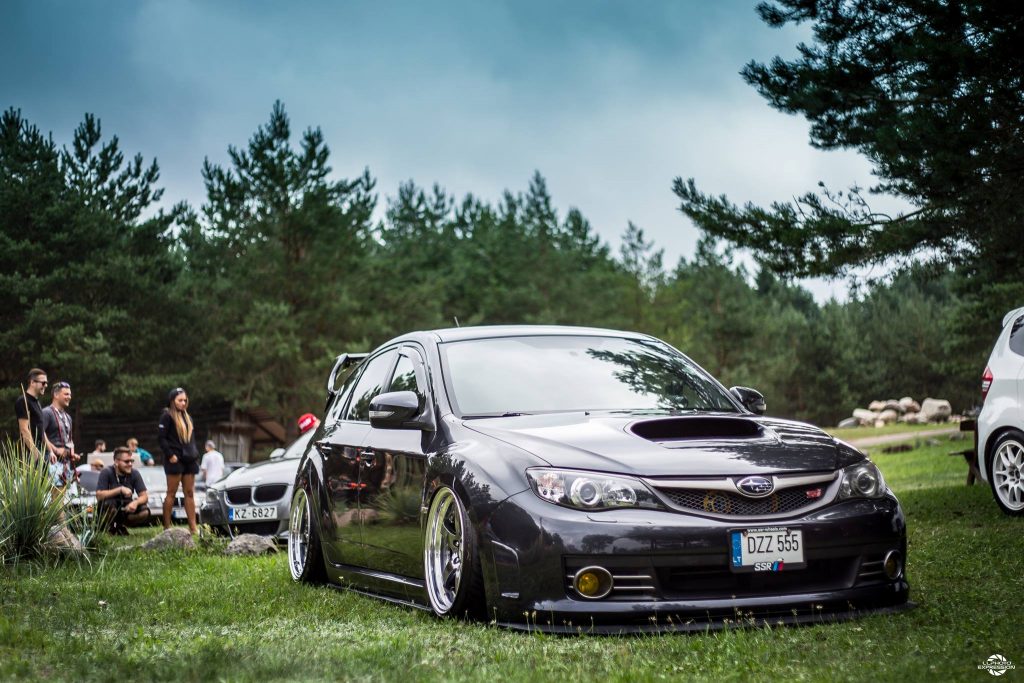 Contrary to the popular belief – the first mod done to the Impreza wasn’t a vape pen or set of rally mud flaps, but nowadays it still sounds funny – the first mod, done to this fire breathing rally-bred monster was a great big banging sub-woofer.

The next mod, was an important one – since Vilius wanted to make the car lower, while not losing the daily drivability, the decision to put an Airlift Performance air suspension was made, and the owner never regretted it. After the air suspension, the further refreshment of the suspension was in order, so a full kit of poly bushes was installed. 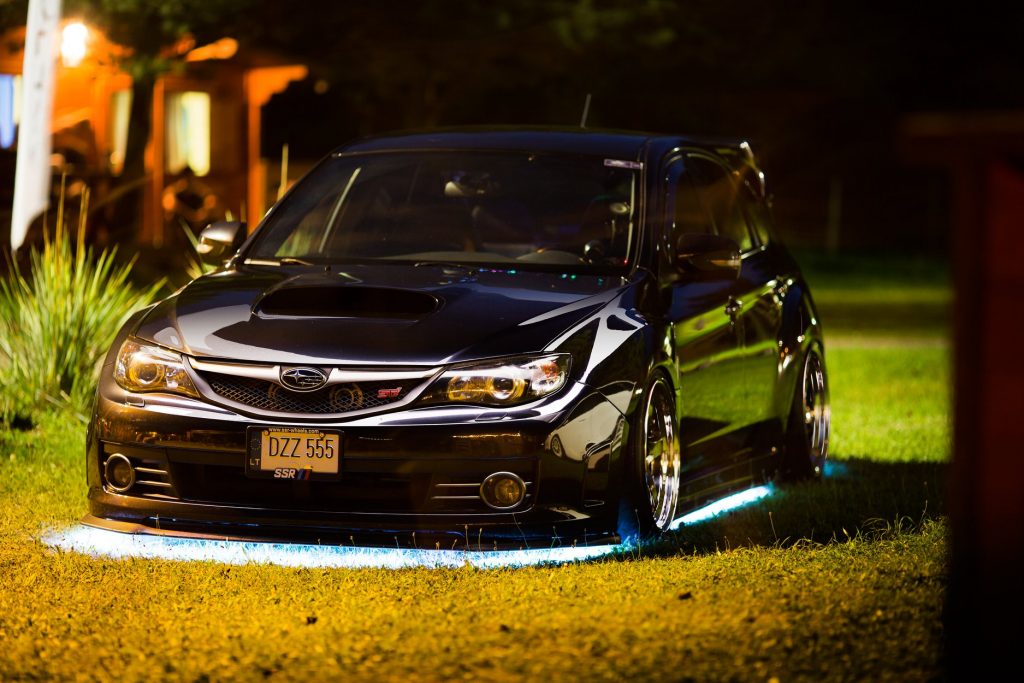 After several sets of wheels, it looks that SSR Professor’s fits the Impreza just right. And that’s no wonder, since the staggered set of wheels received new outer lips to make them a square 18×10 et24 set. The wheels are wrapped in some sticky 225/40 Federal RS-R rubber. 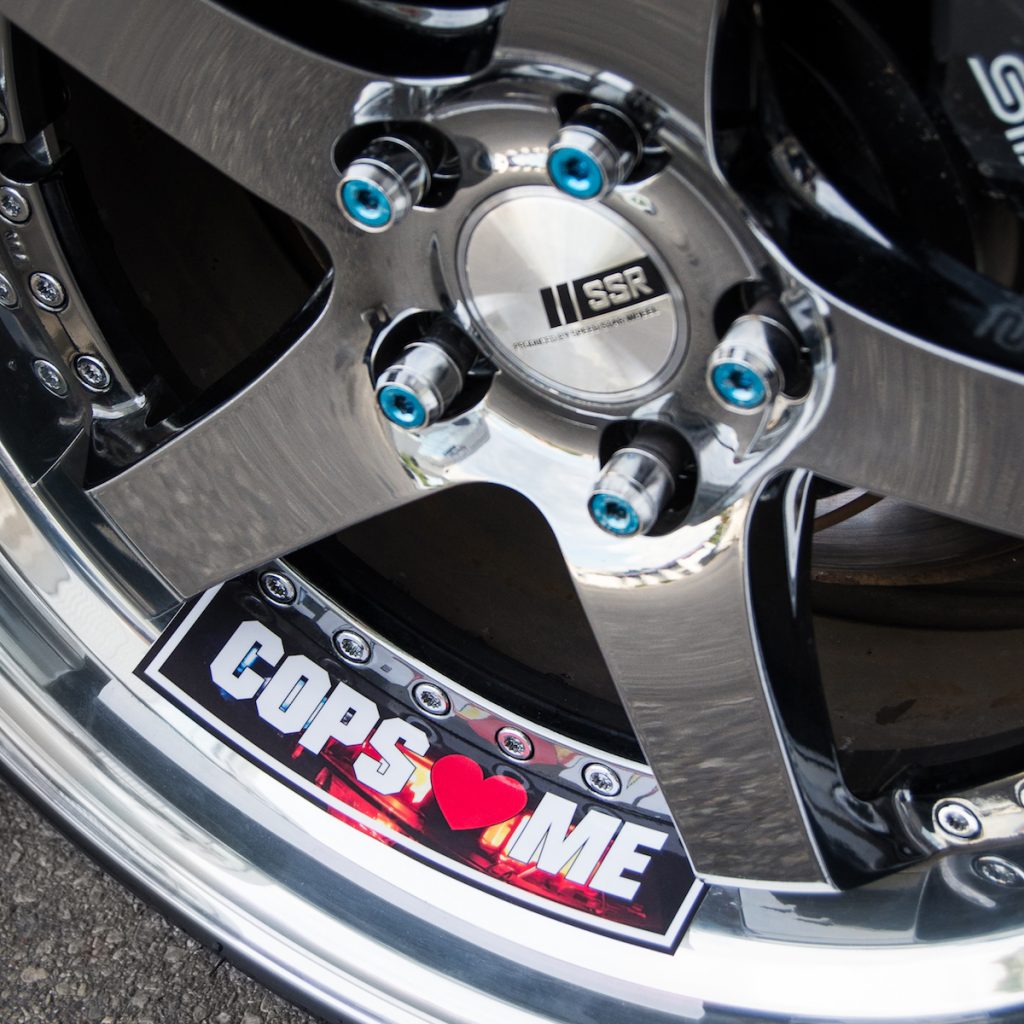 The already aggressive STi body lines were further exaggerated by a massive Varis style carbon spoiler, and a full exhaust system was thrown in the mix, because nobody likes a silent Subaru, right? 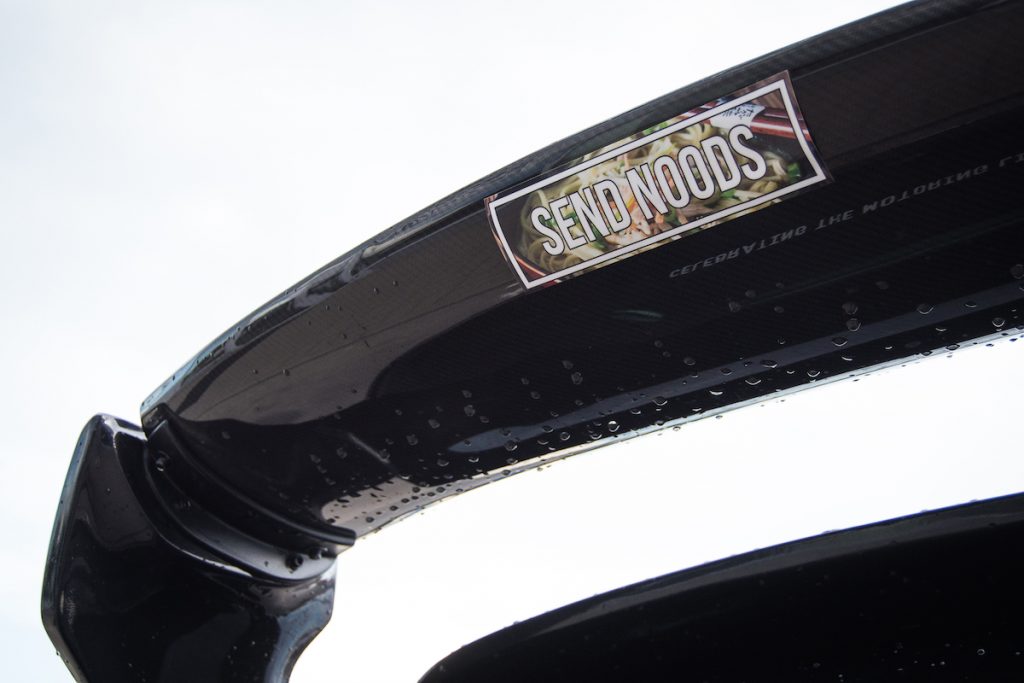 Why do we love this car? Because it’s a perfect example, that the only thing that counts in this car modification game is how the car makes you feel. And if a stanced STi, drift Ferrari, or rally prepped Renault Twingo makes you happy – that’s all that counts.

We use cookies to ensure that we give you the best experience on our website. If you continue to use this site we will assume that you are happy with it.Ok